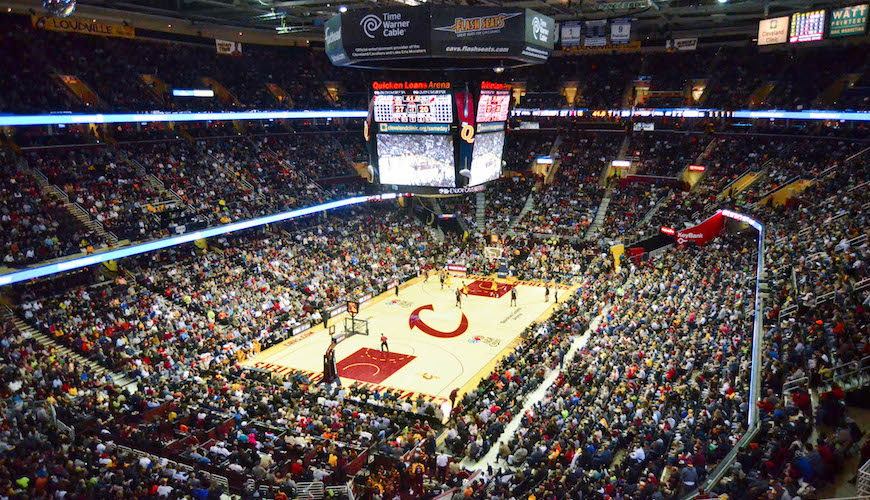 On Friday, the Eastern Conference-leading Cleveland Cavaliers fired their head coach David Blatt and promoted assistant coach Tyronn Lue on a multi-year deal. This marks the first time ever that a team with the best record in their conference fired their head coach. My initial reaction was to assume that LeBron James wasn’t happy with Blatt and wanted him out, but interviews with LeBron and general manager David Griffin confirm that LeBron had no idea this was coming.

For me, a few questions arise. Why now, and who is really in charge in Cleveland?

Even though the Cavs are leading the East, they would be fourth in the West, behind Golden State, San Antonio, and Oklahoma City. On top of that, the Cavs got throttled by the Warriors 132-98 at home. For a team trying to win a championship, it’s not a good sign to lose like that at home. More than that, the Cavs don’t look like a cohesive group of players. It appears that instead of playing like a team, it is LeBron playing like he has to drag the rest of the team across the season and to a championship himself. He almost did just that last year, but it didn’t work, and it won’t work now.

So maybe that is the issue that sparked this change to begin with. LeBron is trying to do too much, and Blatt wasn’t the right person to tell him no. An interview with former Cavs center Brendan Haywood gives context to this theory.

Haywood said players from the team started to lose respect for not holding Lebron accountable, but doing so with the rest of the team...

If Blatt truly wasn’t treating LeBron the same as the other players, then he lost the locker room. Sure they have enough talent to win and coast into the playoffs, but a team needs to be a solid unit to win a championship. LeBron is a great basketball player, maybe a great businessman too, but he is not even close to being a great coach. All players, even LeBron, need a coach to get the best out of them and the players around them. In Miami LeBron had Erik Spoelstra, a coach who learned from and was supported by one of the all-time great coaches in Miami Heat President Pat Riley. In Cleveland, LeBron was trying to be a player and a coach, but that won’t cut it against the teams with great players and a great coach.

The media and many fans, myself included, are all wrapped up in the theory that LeBron runs the Cavaliers. After this weekend though, David Griffin is flexing his power and trying to reestablish order. So who’s really in charge in Cleveland? It still could very well be LeBron, or it could be Griffin, but either way, hopefully this sparks some accountability throughout the team and finally settles them down into a championship rhythm.