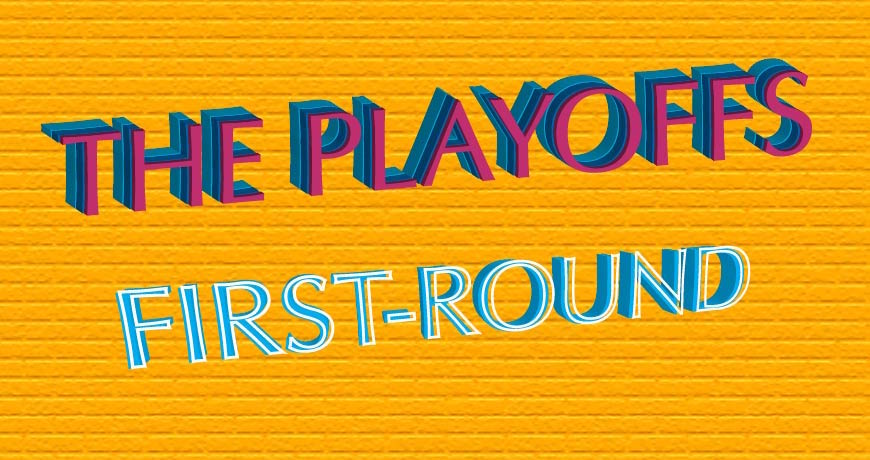 This one should be interesting. Two well-coached teams each with some very good players but no superstars. I'd be surprised if this one doesn't go six or seven games.

This one could be interesting. The Clippers only just got Blake Griffin back so may not be quite clicking yet and they've had some recent disappointments in the playoffs. The Blazers have had great stretches this season and have a young, confident group of players.

I had this one marked down as Clippers in 6, but when I was reviewing the Toronto series I remembered what the Truth can do in the playoffs.

Forget all the hoopla about who's coaching who, who's following who, and who wants to play with who. LeBron in the playoffs is a force to be reckoned with, and there is a lot of talent on this team. Detroit has been solid this year, especially at home, so they might get one game. My prediction won't reflect that though.

The Warriors have been a consistent model all season long for playing disciplined, high-effort team basketball. The Rockets... have not.

Can the Raptors get past the first-round this year? They won't be facing their first-round nemesis of the past two years, the Raptor-killer AKA the Truth. So, yes.

Indiana is a good team and if Paul George goes off then things might be interesting. But I think We The North advances.

I know the Grizzlies are playing with an almost completely different group of players than when they started the season. I know the Spurs are elite. But that grit and grind. I'm giving the Grizzlies one game.

Both teams have outperformed expectations. When they play well, they play pretty darn well. I'm going to give Miami the edge though due to experience, even though I think there's a chance Kemba will make me look silly.

So exciting to see a healthy Thunder team in the playoffs again! The Mavs though, they just continue to play hard. With strong coaching and no Rondo to sabotage their efforts, I see the Mavs getting one or two victories.