8 Thoughts After The First Week 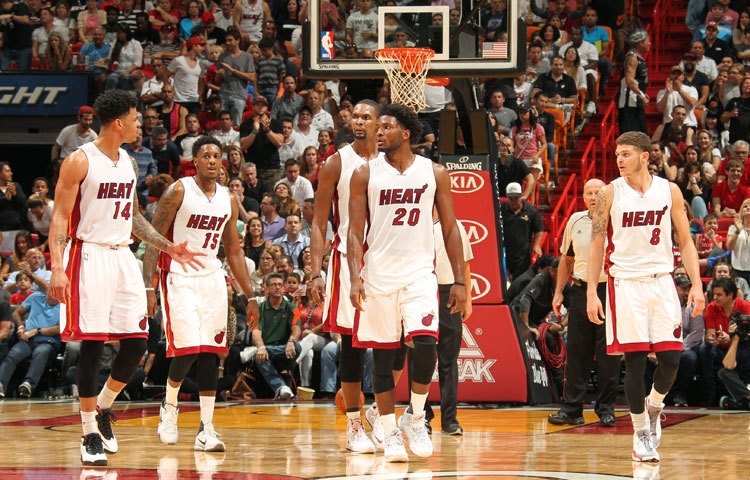 Whew, the first week in the 2015-2016 NBA season has completed. Let's try to make some sense of what has happened.

1) The Warriors are just as good if not better than last year. Curry tore it up, averaging almost 40 points a game and 7 assists. His no-look behind-the-back skills look more routine than ever:

2) The Rockets are off to a slightly worrisome 0-3 start. Lawson has struggled and Harden isn’t making a very good case to beat out Curry as the MVP. There’s a lot of talent on the roster though so you’d think they will figure things out soon, but it won’t be easy against OKC on Monday night.

3) Houston blew a 19-point halftime lead against the Heat on Sunday. This was partially Houston’s fault but the Heat were very impressive, turning the game around after an expletive-laden speech by Udonis Haslem at halftime. It’s great to see Bosh back after missing the second half of last season due to blood clots in his lungs, getting fired up and enjoying himself after not knowing the next time he would get back on the court again if ever. This is a fun team.

4) Speaking of passionate teams, the Thunder, led by the scorching ball of fire that is Russell Westbrook, came out guns blazing. After starting the season with an impressive win over San Antonio, they pulled out a double-overtime thriller in Orlando in which OKC had to outscore the Magic 42 to 24 in the 4th quarter just to get to the first overtime. These guys are all-in. How can you not like this team?

Here's the shot that sent it to first OT. Russ from LONG distance. @FOXSportsOK pic.twitter.com/nv7JK9tYDC

5) That shot came immediately after Victor Oladipo hit a clutch 3-pointer. The Magic have shown a lot of promise. They’ve gone a tough 0-3, losing by an average of 3 points against the Wizards, OKC, and the Bulls.

6) I won’t do more than simply mention Linsanity’s hair for now but don’t worry an article on the best (and worst) hairstyles in the NBA will be coming soon.

7) Aside from the Warriors and Thunder, the other 3-0 teams are:

8) And some rapid-fire thoughts on a few other teams: