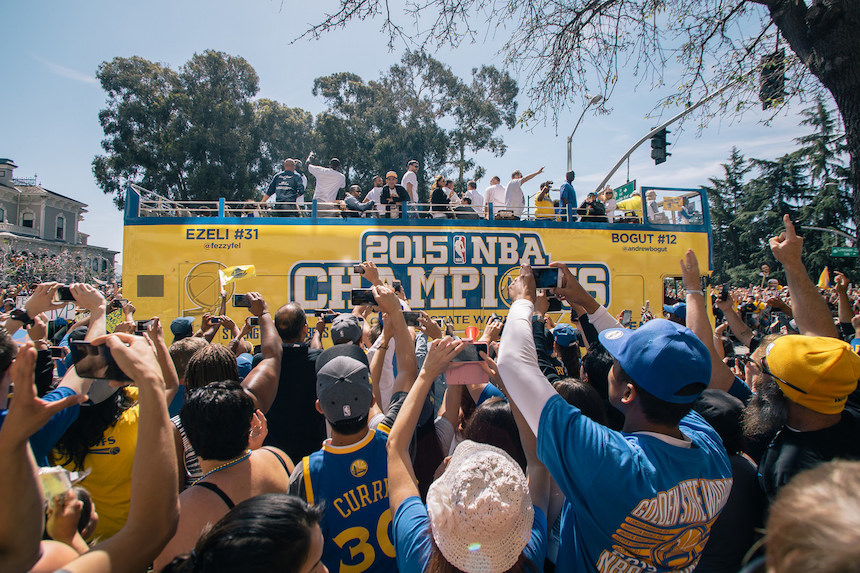 Hello and welcome to Basketyall! I’m David Pair. As the first article I’ve ever written, I’d like to thank you all for reading, as well as tell you all a little about myself. When I was a little kid, I grew up watching Michael Jordan win with the Bulls, then retire, then come back and not do so hot with the Wizards. I remember watching his second retirement and making a pledge to make at least 100 shots every day so I could one day play in the NBA. Well let’s just say that lasted about 2 weeks. However, watching MJ play, as it did for many others, sparked my love of the game and I’ve been a fan ever since.

That said, I am born and raised in Los Angeles and a die-hard Lakers game. I fully expect myself to be biased at times towards them, but not unrealistic, or maybe just not too unrealistic. So in this NBA preview, I will now make my first prediction! The Lakers do not make the playoffs! However, the Vegas over/under on the Lakers is currently 28.5, and I think they’ll beat that no problem. I believe the Lakers will win 32 games, and it wouldn’t surprise me if they won up to 38 as long as Julius Randle and Kobe play more than 35 and a half combined games (around 150 would be more like it). I have many thoughts on the Lakers and we’ll get into that as the season goes on, but for now, let’s get right into some playoff predictions and get this season started!

We’ll start with the West. First off, as defending champs, the Warriors will come in with not only the top seed in the West, but the best record in basketball at 63-19. If you remember last season, the seeding for the next four teams; the Houston Rockets, Los Angeles Clippers, Memphis Grizzlies, and San Antonio Spurs (skip Portland since the seeding rules have changed); were all decided in the last game of the season for these teams. And I think all four of them will be back in the playoffs with ease, granted not in that order. That leaves three spots left in the west. Two of them, barring health setbacks from their superstars, I think are locks in the Oklahoma City Thunder and the New Orleans Pelicans. There won’t be a game in early February where I watch Anthony Davis make a ridiculous last second 3-pointer, his first of the year, at the buzzer to beat an OKC team during the short time Kevin Durant was healthy. When I saw that game, I said that that could have decided the playoffs right then. Turns out it did decide who made the playoffs, but this year it will be a non-issue. That leaves the one wild card team. Could it be the Lakers?! No, but I can dream. With the loss of four of their starting five from last year’s season opener, especially LaMarcus Aldridge, it isn’t Portland Trailblazers either. That really leaves just the Phoenix Suns and the Utah Jazz. As much hype as the Jazz have, I just think the Suns will finally figure it out and win an extra game or two to get the last playoff spot.

Finally, we’re onto the Eastern conference. From last year, six teams will be back, and four of them shouldn’t even be a question. The Atlanta Hawks, Cleveland Cavaliers, Chicago Bulls, and Washington Wizards will all be back. That leaves the Toronto Raptors, Milwaukee Bucks, Boston Celtics, and Brooklyn Nets. Let’s get real, the Nets are going nowhere this year; they might even go full on tank mode to try and get a good lottery pick. They’re out. Now Toronto is going to be all about Kyle Lowry this year. He’s gearing up for another good season, and they picked up DeMarre Carroll in the offseason, but I still don’t have a good feeling about them. I’ll say Toronto squeaks into the playoffs and doesn’t last long. Next come the young Bucks led by the ever-surprising Jason Kidd. I’m a fan of Milwaukee, they have a new piece in Greg Monroe and will get Jabari Parker back, and with the Greek Freak they are ready to make another strong run at getting into the playoffs. They’re in. Now we have two more spots to give out, one of them will get in with ease and the other will be a fight to the finish. First I’ll pick the easy team. The Miami Heat have Dragic, Bosh, Wade, Whiteside, and Deng with rookie Justice Winslow backing him up. That sounds like a winning combination to me. Now it gets a little interesting. With the return of Paul George, the Indiana Pacers have a good shot of having a good season. However, they lost David West and Roy Hibbert, and I just cannot see them beating out the Boston Celtics for the last spot. The Celtics now have David Lee, they also have a starter on some teams coming off the bench in Isaiah Thomas, and they have the drive to get back to the playoffs after making it last year for the first time under coach Brad Stevens.

Now without further ado, may I present the 2015-2016 NBA playoff standings.

Surprise! Bet you didn’t see that top seed in the East coming. Kyrie Irving isn’t coming back until at least New Years, and the regular season for the Cavs basically is just an elongated preseason anyway until the playoffs begin. Meanwhile, Chicago will be rolling on all cylinders, minus Derrick Rose’s face, and will end up top seed. As for the rest of the seeding in both conferences, it’s just the beginning of the year! Players get hurt, others emerge, and we all learn again how little we knew at the start. I’ll be posting updated predictions as the season goes on, as well as laughing at how wrong I was along the way. Let’s look forward to another great year of basketball, and just because there might not be much hope for long, go Lakers!